Gay is Great (Not Just Tolerable)

How many more LGBTQ youth have to commit suicide before we realize that our collective response to this epidemic issue is an utter failure?

I am sick to death of hearing graphic details of the deaths of LGBTQ teenagers in newspaper and across the internet. In my opinion, the worst story to date is in this week’s New Yorker, a feature-length, real time expose* of the interactions among Tyler Clementi’s peers in the days and weeks preceding his death. Chances are good you’ve heard of Tyler Clementi, the Rutgers University freshman who committed suicide last fall after his roommate and across-the-hall neighbor secretly videotaped him in his room and attempted to broadcast the image, along with homophobic epithets, to others via the internet. Apart from contaminating potential jurors by releasing detailed information about the circumstances surrounding Clementi’s death, the article paints a vivid portrait of a young person who deeply valued his privacy and had few positive images of a gay young adulthood he could access.

In a recent OpEd, I argue that focusing exclusively on the deaths of LGBTQ youth is both a damaging and ultimately irresponsible coping mechanism by a media culture that has few words for explaining the complexities of queer lives. Today, I want to extend that argument even further and say that this is a culture-wide problem that may well be directly responsible for some of these deaths. We may need a sober acknowledgement that there is tremendous discrimination against queer youth, but perhaps more importantly, we need to shift from a politics of “tolerance” toward LGBTQ people and youth, to a culture of valuing, celebrating, embracing and encouraging young people to embrace healthy LGBTQ identities and relationships.

In recent years, sociologists have explored the many ways heterosexuality and gender conformity are normalized through the interactions children have with their parents, their peers and in their schools. University of Michigan professor Karin A. Martin explains that most parents assume their children are going to be heterosexual, describe romantic relationships to children as if they are all heterosexual, and make invisible or fail to include LGBTQ adults in their child’s life. For those parents with reason to think their child might be gay, lesbian or gender nonconforming, most adopt a “cross fingers and hope for hetero” approach to parenting or, in some cases, actively discourage homosexuality or gender nonconformity in their children. Though some parents make attempts to prepare their child for life as an LGBTQ adult, she tells us, that is an uncommon reaction.

Parents do these things for a variety of reasons. According to Bates College professor Emily Kane, parents have their own investments in being heterosexual and gender normative. (This is particularly true, she says, for heterosexual fathers.) For many mothers and gay parents, heteronormative parenting represents an attempt to avoid sanction by other people. In any case, the social rewards for producing appropriately gendered, heterosexual children are many, and the images of alternatives to that are few.

What Adrienne Rich described back in 1980 as “compulsory heterosexuality” is producing a generation of youth who cannot imagine a future in which their sense of self is valued, celebrated and socially integrated. They live in a present that devalues their burgeoning sense of self, and forces them to conceal their thoughts and feelings from the people charged with loving, supporting and empowering them. What they learn instead, from the strict omission of positive imagery of queer life, is threefold:

It’s not just that heterosexuality is presented as the only, albeit mundane, option. It is actively positioned as exceptional, powerful, magical and transformative, in everything from bedtime stories of G-rated movies. 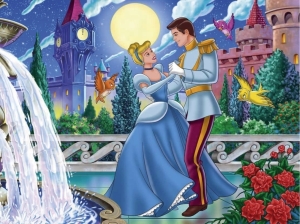 Isn’t it time for some new stories?

What would happen to the universe if children’s books, like this one, along with movies, television, newspapers and parents, teachers and schools provided little boys with positive, healthy, celebratory, exciting images of femininity to which they could aspire? Probably something along the lines of this: We’d have more happy, well-adjusted feminine little boys with positive self-esteem and socially integrated childhoods. 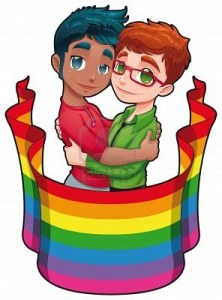 What would happen to the universe if little girls were told that being a lesbian is a completely valid, wonderful, exciting and creative thing to be? Probably something like this: We would have more young women feeling freer in their choices to be sexual with men, with women, with both or with neither.

Certainly, a public culture that celebrates queerness will probably produce a greater number of queers. But the fact that LGBTQ adults are afraid to say that this may well be an okay, even socially desirable thing to do, is itself a product of compulsory heterosexuality–the cultural erasure and devaluing of queer life. And it needs to stop.

When I was a senior in college, my parents sold my childhood home and asked me to come back to sort through the old books and toys I’d stored in their attic. My nostalgic trip through the contents of several black trash bags revealed that I was a much queerer child than even I remembered. I found a pile of Barbie dolls, all with hair sheared into asymmetrical punk styles or haphazard early versions of the fauxhawk. They were all wearing articles of Ken’s clothing, either cut to fit them or held in place with disintegrating rubber bands or tied pieces of string. One particularly excellent specimen sported arms covered with permanent marker tattoos. In a time when there were few public images of queer women, it appears that I was making my own representations of a fantasy future in which I (and my kick-ass girl crew) could bend the rules of gender and fashion to fit our desires.

Who knew I had such deep internal resources at my disposal? In the absence of any (and I do mean ANY) examples of LGBTQ people in my life, I was searching for images that felt true to my internal sense of self. I knew enough to hide these dolls and the fantasy life they represented from my parents and most of my friends. And I didn’t come out, cut my own hair or embrace my burgeoning butch fashion sense until I was safely ensconced in the nurturing embrace of a small, liberal arts college with a thriving queer student body.

My life would have been so much easier had I not needed to wait. I was lucky, though. I had the internal resources and support from caring adults (who may not have known I was gay, but certainly knew I was unhappy) to hang on until I could more easily define the terms of my own life. I suspect that many of these youth we lose to suicide have fewer of the resources. They need the people around them to celebrate who they are now.

The time has come to change the conversation. It’s time for us to throw away all of our old language around LGBTQ youth: words like tolerance, sensitivity and respect. It’s time to replace them with a language of celebration. It’s time to abandon phrases like “it’s okay to be gay” and replace them with others like “it’s great to be gay,” “your gender is beautiful,” and “difference enriches all of our lives.” They need to know that it’s not just acceptable to live as an LGBTQ adult; it’s wonderful to develop a young gay, lesbian, bisexual, or transgender right now. And it’s also okay not to know just who or what you are.

* I purposely neglect to link to the New Yorker story on Tyler Clementi, because I think it to be an intrusive and irresponsible piece of journalism. Despite the fact that I know it will be widely read, I harbor hope that it won’t contaminate too many suitable jurors or enhance the pain felt by Clementi’s family. I can’t imagine that Clementi himself would be happy to read this intimate account of his life—and his instant message history—either.

since 1976
View all posts by teymeadow →
This entry was posted in Uncategorized. Bookmark the permalink.

2 Responses to Gay is Great (Not Just Tolerable)